What is a Brow Lift?

Have you found that a sagging brow makes you look angry or tired, even when you’re feeling just fine? A brow lift with Dr. Anthony can help our San Francisco patients look as happy as they feel, restoring the refreshed and youthful quality to the upper area of their face. Dr. James Anthony is a highly experienced, board-certified surgeon offering rejuvenating brow lifts to patients of all ages. This procedure, also known as a forehead lift or browplasty, is a popular aesthetic treatment that corrects a drooping brow, lifting its position and resulting in a refreshed facial appearance.

While brow lift surgery concentrates on the brow specifically, it can also improve:

Botox® and dermal fillers are often utilized alongside a brow lift for best results, producing a smoother and softer appearance that’ll keep you looking younger and more refreshed.

Am I an Ideal Candidate for a Brow Lift?

As we age, our skin elasticity diminishes and causes parts of the face to sag and droop. If you’re interested in a brow lift in San Francisco, you might be an ideal candidate if you’ve experienced this in your upper face, resulting in:

During your in-person consultation with Dr. Anthony, he will talk you through everything you need to know about your options and will help you choose the procedure that’s best for you.

I just would like to say that my experience with Dr. Anthony has been an absolute pleasure. I can't thank him enough for the amazing work he did as well as his patience guiding me through the procedure. He took the time to really listen to the results that I wanted to achieve with the surgery and was an excellent communicator. Trust me, this is the doctor if you want someone who is not only a gifted surgeon but also has remarkable bedside manner. Thank you Dr. Anthony!

Before & After Brow Lift San Francisco

Our San Francisco forehead lift involves either IV sedation or general anesthesia, based on the complexity of the procedure. An incision site will be chosen depending on individual factors such as the degree of skin sag, whether or not the forehead is to be addressed, and the appearance of the patient’s hairline. Dr. Anthony utilizes a variety of cutting-edge techniques for his brow lift procedure, including the following.

The trichophytic incision is made directly against the patient's hairline, permitting a more dramatic lift in the brow for patients with a lower risk for hairline recession.

The endoscopic lift is a brow lift method involving multiple small incisions beyond the hairline. An endoscope is inserted, then pushed to the eyebrow to release its attached tools. Dr. Anthony then repositions the brow tissue using the endoscope’s camera, with stitches ensuring a more optimal brow position.

What Can I Expect After a Brow Lift in San Francisco?

The recovery period after a brow lift varies from patient to patient. The traditional method typically involves a bit more swelling and discomfort than the temporal or endoscopic techniques. Most patients experience swelling and bruising in the upper portion of the face (around the eyebrows and sometimes near the eyes), which can be soothed with cold compresses. Dr. Anthony recommends that patients sleep with pillows propped under their head for at least three nights after a brow lift.

It’s important that you avoid any activities or movement that can put pressure on your face during your recovery period, which typically takes two to three weeks.

You’ll see your results right away, noticing a refreshed appearance that seems more alert and soft, and with visibly reduced sagging skin and fine lines in the upper parts of your face.

Don’t let a sagging forehead make others wonder if you’re sad, mad, angry, or tired. Schedule an appointment with Dr. Anthony to learn more about how a brow lift in San Francisco can help you look as happy as you feel inside.

How Much Does a Brow Lift Cost?

Brow lift surgery can vary in cost, depending on the technique used, anesthesia, facility fees, and more. During your consultation, Dr. Anthony will develop a personalized treatment plan, helping you with thorough cost estimates along the way. He’ll also explain payment methods and how to apply for low-interest financing so your procedure can be a bit more affordable.

Do I Need a Brow Lift or a Facelift?

Some patients looking for a facelift might actually be better suited to a brow lift, and vice versa. The procedure we recommend will depend on your personal goals and unique appearance. You should openly talk about what you’re looking for with Dr. Anthony so he can customize a treatment plan that will most effectively meet your expectations.

What about Non-Surgical Treatments?

We have a variety of non-surgical options, including laser skin tightening and injectables (such as Juvéderm® and Botox®) which can provide short-term improvements. It should be noted, however, that a brow lift creates longer-lasting results and more noticeably significant improvements. During your consultation, Dr. Anthony can go over both your non-surgical and surgical options to help you arrive at the treatment that best addresses your needs.

What Technique Should I Choose?

During your consultation, Dr. Anthony will give you a detailed explanation of each surgical technique, so you can understand their benefits. He’ll work closely with you to choose the technique that best meets your goals. Some factors that can influence this choice include: Hairline position, amount of loose skin, and your desired amount of recovery time.

Will My Results Look Natural?

Dr. Anthony prides himself in his artful approach to his work, focusing on naturalistic results that enhance the beauty that is already present in his patients. He also utilizes the most up-to-the-minute technology and techniques, allowing him to avoid that frozen, tight look that often suggests someone has had “work done”. Rather, his work focuses on long-lasting, natural results that allow his patients to look fresh and feel younger than ever. If you wish to learn more, contact us today and schedule a consultation for arguably the best brow lift San Francisco has to offer. 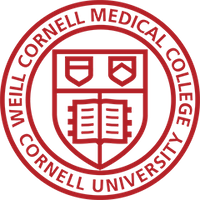